The ICCAS 2020 conference aims to promote the dissemination and exchange of scientific information on the next generation of civil and military aircraft. It provides an excellent forum for combining academic research and industrial works to examine how we can develop intelligent aeronautical systems owning more freedom of choice, sensitivity to the context, learning capabilities, and able to interact naturally with the crew while saving its mental and physical resources.

Recent trends in this field address several major aspects such as the online monitoring of the flight performances based on behavioral, physiological, and neurological measurements, the design of more ecological man-machine interfaces providing intuitive information about the flight to support decision process, and architecture rules that guarantee a high level of flight safety. The conference addresses a wide spectrum of theoretical and practical topics related to neuroergonomics and human factors, artificial intelligence or systems engineering. It is mainly focused on aeronautics but contributions from a wide range of domains such as automotive, robots, drones, or artificial agents are welcome.

Please feel free to disseminate the pdf version of the call for participation.

Topics of interest include, but are not limited to:

This conference invites research experts and industry practitioners from multidisciplinary backgrounds. It includes invited speakers, and works’ presentation via abstract submissions and selection with an international scientific committee.

Authors are invited to submit an abstract of maximum 500 words. Abstracts will be reviewed by the program committee and may be accepted for oral or poster presentation. Online abstracts compilation will be published as open access on OATAO (Open Archive Toulouse Archive Ouverte).

Abstract submission is optional: academic, industrial, and students participants can attend the conference even without presentation or poster.

The conference will be held at ISAE-SUPAERO, 10 Avenue Edouard Belin, 31055 Toulouse, France 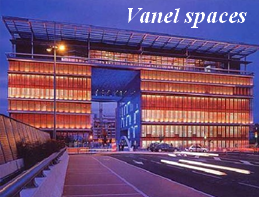